On March 31, 2021, Governor Andrew Cuomo signed the Marijuana Regulation and Taxation Act (MRTA) into law legalizing recreational cannabis for adult recreational use in New York. In the 21 months since, the process of figuring out how to regulate the new legal cannabis industry, issue licenses to new businesses, etc., has been one long string of fits and starts. As the state struggles to get retail sales of cannabis up and running by the end of the year, it seems the news with respect to the rollout of the new law changes daily. If you’re in the process of starting a new cannabis business in New York, here are the latest developments you need to know.

Be Prepared to Wait for Your License

The plan for opening adult retail marijuana establishments in New York calls for the first 175 licenses to be prioritized for people who were directly and unfairly impacted by the criminalization of weed. These 175 establishments are slated to operate out of Conditional Adult Use Retail Dispensary License (CAURD) dispensaries–government-sanctioned storefronts that were to be funded by the Dormitory Authority of the State of New York (DASNY). These stores were to be open by the end of 2022, and then more licenses would be issued on a rolling basis after that. But even for those first 175 licensees, there have been some recent hiccups:

All this to say … unless you’re one of the fortunate few who already has your license in hand, patience is a virtue. It may still be months before the state is ready to issue your license.

Some of the Rules Are Changing to Speed Up the Process

Since the state seems to be having trouble getting the government-sanctioned storefronts ready, state regulators have announced a couple of key changes to help jump-start retail sales: 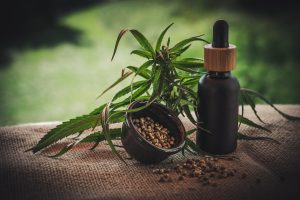 Don’t Get Ahead of Yourself

In the wake of legalizing cannabis–and possibly as a reaction to the slow pace of setting the regulated market in place–dozens of so-called “weed bodegas” have been springing up across New York City, none of which are state-sanctioned sellers. As much as 40 percent of the products from these sellers have been found to contain harmful contaminants. Now that the first legal licenses have actually been issued, authorities have a plan in place to crack down on these illegal pop-ups. The moral of the story: if you’re starting up a new cannabis business and you’re impatient about the licensing process, resist the urge to jump ahead and start selling. If you’re caught, not only could you face criminal charges, you might also lose your eligibility for your license to sell. (In other words, launching too soon could put you out of business permanently.)

What Are the Requirements for Starting a Cannabis Business?

Starting a cannabis business in New York requires more than just good ideas—it requires compliance with all relevant laws and regulations. Under the MRTA, you must register with the state Department of Financial Services before you can operate within New York’s legal cannabis industry. Additionally, you must comply with certain requirements such as obtaining licenses from local authorities, submitting background checks on employees or directors involved in operations, and providing proof that you have sufficient capital resources to operate their business successfully. Once these requirements are met, you may then apply for a license from the state’s Department of Health or Office of Cannabis Management (OCM). Once approved and issued a license, you can move forward with setting up the business.

As you can see, the official launch of the legal marijuana industry in New York is a bit of a moving target, and the information is changing almost daily. If you have a new cannabis business in the works, you want to make sure you’re in compliance with all the current rules and have all your paperwork in order so as not to be stopped at the gate when it’s finally your turn to launch. At Hood Venture Counsel, we’re keeping tabs on the up-to-the-minute updates of New York’s legal cannabis industry, and we can help you have peace of mind knowing the legal piece is in place for your business. To learn more about how we can help, contact us today.

Previous Post: « Trademarks 101 – What You Need to Know About Getting a Trademark
Next Post: Ten Common Startup Business Mistakes to Avoid »