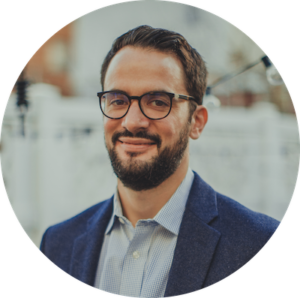 Jon has spent his entire legal career in the startup space.

After cutting his teeth as the General Counsel of a New York City startup, Jon started his own practice with the goal of providing growing companies with quality legal representation and counsel from someone who’s sat on the other side of the table.

Since founding the firm in 2014, Jon has worked with hundreds of companies and individuals in a wide range of industries. Jon’s practice focuses primarily on corporate, contractual, regulatory, and intellectual property matters, and his own startup experience allows him to act as a trusted advisor to his clients.

Prior to starting the firm, Jon served as the General Counsel of TestingMom.com, a successful startup that has grown into one of the Web’s premier educational platforms. As General Counsel, Jon was responsible for compliance, transactional, corporate, intellectual property, and regulatory matters.

Jon has dabbled in various other business ventures and loves the challenge of helping build a company from the ground up.

A native of Oakton, Virginia, Jon earned his Bachelor of Science in psychology from Longwood University.

Looking for immediate answers to your questions?

Get started by clicking below