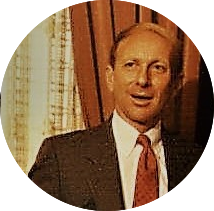 Benton’s ability to handle a broad range of transactional and other legal matters is founded in having spent his formative years in legal and business affairs roles at NBC, CBS and MGM under the tutelage of some of the best minds in the business. After leaving the corporate world, he transitioned to private practice where his skill sets were further refined (as were the depth and breadth of his knowledge).

Benton views his mission as providing counsel and support requisite to bridge the gap between his clients goals and aspirations and the achievement of their objectives in an effective and economical manner. He is a graduate of the School of Law at the University of North Carolina, Chapel Hill. Benton served as an Assistant Attorney General of New York State (Litigation/Appeals) prior to joining NBC. He is a member of the Nassau County Film Advisory Board.